Following the previous article, I now concentrate on design choices and implementation.

The  device was an OHRM gadget, so there was already some sensors available which could be used:

And as usual, things are more complicated than in the textbooks 🙂

Thinking about a suitable algorithm for implementing this Sensor Fusion controller, I realized that the kind of questions to be answered was:

“If the device does not move too much and the ambient light is low for some time and HR could not be determined reliably, then the device is probably off-arm”

Considering the unprecise description of the criteria, it looked to me that  this was calling for a Fuzzy Logic approach. 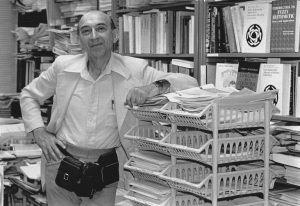 This theory was impulsed by Pr. Lofti Zadeh, in the mid 1960’s at Berkeley, where he first introduced and theorized the underlying concepts of Fuzzy Logic.

A lot of resources can be found on the Web. A comprehensive introduction can be found here. I found also the following serie of articles very useful. I will highlight only the main concepts and vocabulary relevant to our specific case.

Among all the resources, very few actually apply to deeply embedded systems. Using a library was completely out of scope (small processor running at 14 Mhz, 64 kB of RAM …. ), so as usual in a very constrained system, an ad-hoc implementation had to be designed.

Fuzzy Logic system is made of 3 parts

Fuzzy logic deals precisely with the meaning of these “linguistic” concepts, by defining membership function for all the “subsets” (i.e. how much this measured temperature belongs to the WARM subset, to the COLD subset ?)

Moreover, hence the name, the boundaries between those subsets are … Fuzzy 🙂 and not clear. One temperature value can belong at the same time to the “WARM” subset and to the “COLD” subset. It is only the degree of membership that allows “rather cold” or “not too warm” notions to be expressed.

In our case we can define 3 fuzzy variables, each with appropriate subsets

and the first set of rules, which defined our heuristic for finding out if the device is OFF ARM or not (OFF ARM means that it is NOT WORN 🙂

This is quite a lot of Rules, and indeed it immediately calls for an optimisation in order to reduce their number. We’ll talk about that point at the Results/Improvement stage.

If we consider the Ambient Light intensity variable, we can define the three subsets boundaries as follow (crisp values are analog values out of the Light Sensor component) 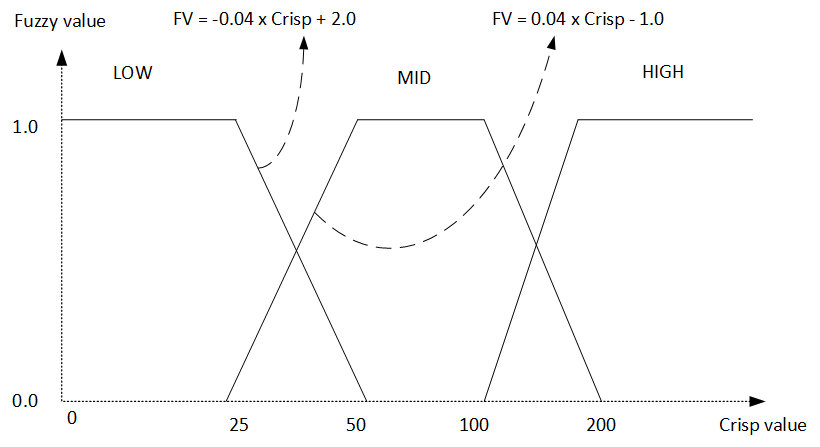 We can immediately deduce the 3 membership functions for this variable, using linear interpolation (as our sensor characteristic is linear).

So the process is, for each crisp value out of the sensor, compute the degree of membership to the 3 subsets. This basically computing “how much our Light Intensity is LOW (resp. MID, HIGH)”.

The case is a bit more complicated for the Motion quantity  (and similarly for the HR can be locked variable),  as the value does not come from a  linear sensor. We use both the” AnyMotion” and the “NoMotion” detection feature of our accelerometer. Both are combined by the controller into a composite “motion” variable as follows:

The treatment of HR can be locked is similar, although the nature of this sensor is very different. It takes a lot of time to converge, and can also sometimes return no result.

For these reasons, we have used a running average process, so the value is smoothed and still we can absorb the parasitic events.

Next article will focus on the pure software implementation, and some results / paths for improvement.